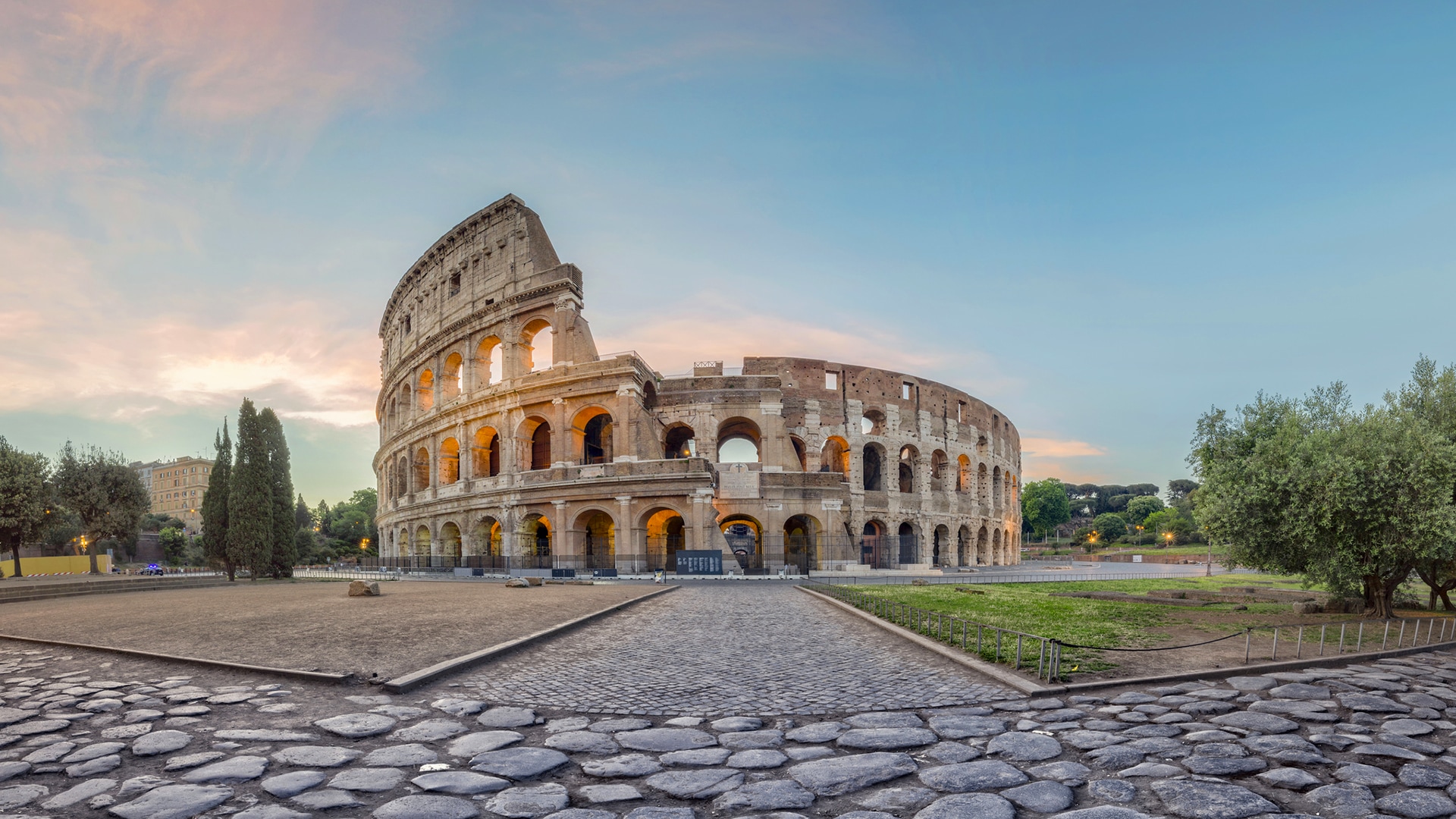 Duration: two days to discover the wonders of Rome

Itinerary: 30 kilometres among squares, churches and monuments that are unique in the world

Equipment: comfortable clothing, a hat and a waterproof jacket

Visiting Rome is like taking a long and enjoyable trip through time: from Ancient Roman ruins to Renaissance architecture, Baroque sculptures and fountains and twentieth century avenues. The Eternal City embraces all the centuries that animated it, preserving the signs and cherishing the memories. It would take a lifetime to see all the alleys and legends that lurk in the sampietrini (cobble stones with which roads are paved in Rome). Focus on Baroque Rome, a fascinating and alluring time, and on your Vespa follow an itinerary made of marble, great stories and good food.

Start from Piazza Navona, one of the most beautiful squares in Rome and perhaps in the world. Park the Vespa in a shaded corner and let yourselves be enveloped by the history that distinguishes this square. Built on the plan of the ancient Stadium of Domitian, where sporting events and concerts took place, it is still today one of the city's cultural hubs. Street performers and small stalls sell vintage items at every corner, of course, but especially imposing fountains, such as the Fontana del Moro, depicting the Moor wrestling with a dolphin and the Fontana dei Calderari, also known as the Fountain of Neptune. You should aim at the Fontana dei Quattro Fiumi (Fountain of the Four Rivers), designed by Bernini in 1651. Legend has it that the figure of the Nile is shielding his eyes from the Chiesa di Sant'Agnese, designed by Bernini's bitter rival, Borromini. In truth, Bernini completed his fountain two years before his contemporary started work on the church, and the gesture simply indicated that the source of the Nile was unknown at the time. Its façade and the side curves are both features of the Baroque style.

The art and skill of Borromini will lead you to visit what is considered one of his masterpieces. Make your way to the Church of Sant'Ivo, just in time before it closes (it is only open in the morning, in fact). Housed within the Sapienza complex, its wonder, besides the concave façade, is the spiral dome. After this brief but intense visit, indulge in a mid-morning coffee, in line with Italian tradition, and choose the Bar Sant'Eustachio, located in the square from which it takes its name. The place hasn’t changed since the 30s and the coffee recipe hasn’t either – a blend whose beans are toasted with a machine from 1948, and kept secret.

It will be time to get back to your Vespa, which will still be in the shade of the Roman balconies in Piazza Navona. The ride will be short, between a narrow street and an alley – later you can drive along the romantic Lungo Tevere – and your new stop is: The Basilica of Sant'Andrea della Valle, another beautiful example of Baroque architecture, with its own history and legend. The façade asymmetry, due to the only angel statue on the left, seems to have been a choice of architect Rainaldi who, in response to criticism by the Roman people and the Pope himself for having made the only angel's wings too long, refused to do the second one. A quick stop in Piazza della Minerva to view the statue of the Elephant by Bernini, or as Romans call it, “Minerva's chick”.

Lunch in the Campo de' Fiori square is a must. It’s here that the Roman folklore and soul find their home. A stage in the past for public executions (especially that of Giordano Bruno in 1600), today is a market place and the location for hours spent over a coffee during the day, while in the evening, it is one of the nightlife hubs. Choose a corner bar and spend the early afternoon relaxing. At dusk, when the Baroque marbles get tinged with oranges and reds, get on your Vespa and go through the Piazza dell’Orologio, opposite the Oratorio dei Filippini. Your first Roman day will end at the Trattoria Perilli, in the Testaccio district, where you will stay. The best carbonara ever.

After a typical breakfast at the bar with croissant and cappuccino, ride your Vespa along the river, shooting into the capital's chaotic and rather messy traffic, until you find yourselves in front of Castel Sant'Angelo with via della Conciliazione on your left. From Ponte Sant'Angelo, you can catch a glimpse of the immense dome at St. Peter’s (by Michelangelo) and along Via della Conciliazione, you will encounter more work by Bernini, the Colonnade. Bernini, with the support of Pope Alexander VII, was forced to demolish several existing buildings because the square had to accommodate many worshippers and have perfect acoustics. The symbolism of the square makes it unique in the world: the elliptical shape indicates the universe, the rounded foundations which extend from the basilica are the arms of the Church embracing humanity, and the statues of the saints connect the mass of the colonnade’s foundation to the void of the sky, representing the spiritual mediation between the world and God.

To experience an optical illusion that was originally suggested by a gentleman beside the square, position yourselves exactly on the disks on the sides of the Obelisk (found in the sampietrini) so that when looking at the ellipse, the columns appear to be in single rows – it’s impressive! With the Vespa waiting outside, enter the world's largest Christian basilica to admire two Baroque masterpieces created, again, by Bernini: The Baldachin and the Chair of Saint Peter. All this glitz and gold will require some settling down, so ride your Vespa out of the centre to try a new restaurant and finish your holiday beautifully, with a cacio e pepe, some saltimbocca alla romana and vaccinara oxtail.