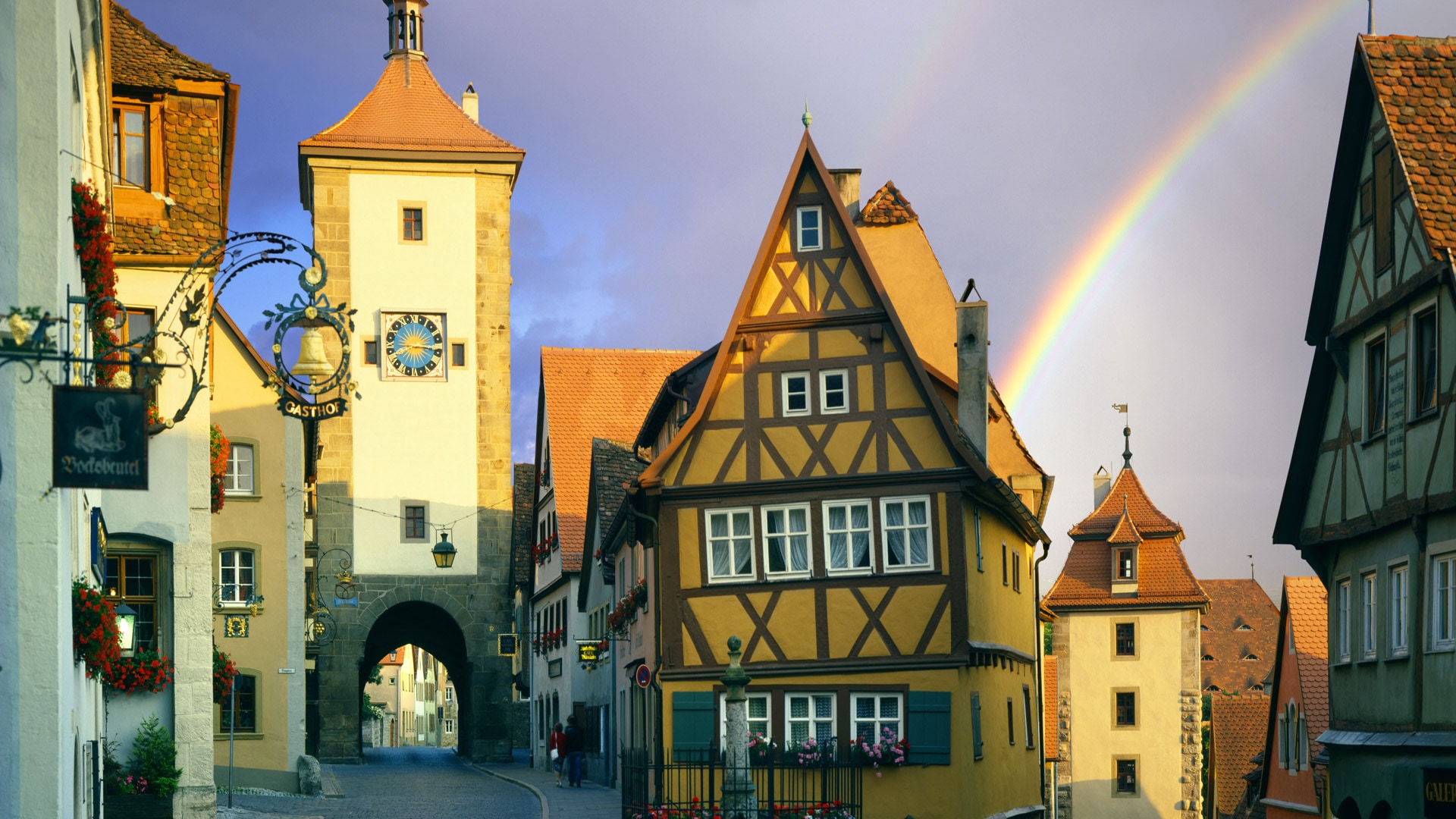 Itinerary: from Frankfurt to Fussen, about 300 kilometres

Equipment: a digital camera and a notebook to keep note of the romantic inspiration along the way

Some people say that the most romantic place in the world is Paris while others claim it's Venice. But on Vespas, we’re interested in the world’s most romantic tour, so the plan is to drive along the Romantic Strasse in Bavaria – the most romantic street in the world. With the helmet securely fastened, you will travel through green, postcard-like scenery, discovering the fairy-tale castles of Bavaria, regional abbeys and gorgeous medieval towns.

Start in Frankfurt after (ideally) an invigorating breakfast. Ride your Vespa towards Würzburg, a popular town among tourists and known for being the starting point of this wonderful itinerary marked by romance, history, art and nature. It will take at least three hours to get to your destination, but on the way you will stop for some picturesque snaps and a snack. The beauty of Bavarian würstel is that they are perfect at any time.

Once you’ve arrived in Würzburg in the late afternoon, take a walk through the centre streets and admire one of the largest frescoes in the world, located within the beautiful 18th-century residence of the Prince-Bishop Johann Philipp Franz von Schönborn. Giambattista Tiepolo was summoned specially from Venice to paint a total area of nearly 670 square meters, with a sky filled with gods and allegorical figures. For this immense work of art, the Italian painter was paid the equivalent of today’s one and a half million euro. Not bad. With eyes filled with beauty, but also a tad tired, find accommodation in the city centre at the Hotel Franziskaner, where the terrace has a beautiful view over the city.

Dedicate some time to yourselves and have a Bavarian breakfast, the kind that gives you energy for the whole day. Here, the first meal of the day is called Frühstuck and consists of different kinds of bread, cheese, jam and boiled egg. Then, get to the heart of your itinerary and from Würzburg, going towards Rothenburg ob der Tauber for a ride that’s just over an hour... Perfect timing for a second cup of coffee. Once outside the coffee shop, you will be speechless: timber-framed houses, narrow streets and little flowers on the balconies. The impression is that of being at Disneyland, but everything is real here. And no Mickey Mouse in sight. There are no billboards or neon signs, and you’ll have to park your Vespa on the outskirts of the city (cars and motorcycles are not allowed here), so you will really feel like you’ve been transported to another era. Enjoy a nice walk among the towers, Medieval walls and many picturesque corners to photograph. In the late afternoon, get your Vespa and set the Navigator to Nördlingen, so you will arrive in time for dinner and stay overnight in the central NH Klösterle Nördlingen.

The previous day's fatigue gives way to wonder; this town in Bavaria is the only German town that has entirely walkable walls – the perfect solution to fully enjoy the medieval atmosphere of the city. After lunch, go up to Daniel, the late Gothic church of St. Georg bell tower from which you will be able to take beautiful pictures. Relax, look around, and stop for a break based on kafee und kuchen (coffee and cake). The apple strudel here are delicious. Once enriched with Medieval atmosphere, head towards Augsburg and spend the night at the Hotel Augusta, right in the city centre.

Start the day discovering Augsburg and the beautiful old town featuring the Cathedral, the Church of St. Peter, City Hall Square and the Maximilian Strasse with its palaces. In the afternoon, map in hand, proceed towards the Wies Church, a church that is a real gem in the open countryside. Ready? You will get there in about an hour.

Surrounded by endless stretches of greenery and some farms, you will understand why Wies Church means "Church in the Meadow". Enter, almost blinded by the white façade and be dazzled by the real, golden decorations. A true masterpiece of Bavarian Rococo, this treasure in the middle of the countryside began as a place of pilgrimage. Here, a young peasant girl received a statue of Christ as a gift and saw tears on it, thus making it a popular pilgrimage destination. After such a busy day, you will need rest and delicious food. Stop at a traditional Inn close by, the Gasthof Graf, and try the local cuisine, then wake up with a super breakfast.

To end your itinerary beautifully, dedicate the day to two amazing castles. In half an hour, the Vespa will bring you to the Hohenschwangau castle. Originally dated from the 12th century, Hohenschwangau was bought by Prince Maximilian, future father of Ludwig, who spent a lot of time here and was inspired for the future construction of his fortresses. Surely, Maximilian was also impressed by the magnificent views and remodelled the interiors, turning it into a dream residence, with frescoes, Turkish-style decoration in the Queen's room, a large maple wood piano, Russian icons and opulent decorations. A fairy-tale!

Hard to believe, but the building which is waiting for you in the afternoon is even more extraordinary. A stone's throw away is the Neuschwanstein Castle, the true symbol of the Romantische Strasse. It is said that Walt Disney took it as inspiration to draw Sleeping Beauty’s castle. It does appear to be made for a princess – you’ll understand when you find yourselves looking upward completely astonished. Discover this treasure; the halls are a feast of mosaics, paintings and candlesticks. To create the wooden decorations in Ludwig’s bedroom, it took 14 carvers working continuously for four years. After the visit, take a 20-minute drive to Fussen to reach the Hotel Sonne, in the city centre, where you will spend the night.

At the end of your journey, devote a day to this town in Bavaria nestled between lakes, mountains and hills. Don't miss the monastic complex of San Magno with the Benedictine Abbey which guards unexpected treasures. Among the spaces to visit, the grandiose Imperial room, the library and the museum of the city. Get back on your feet, or rather your wheels, and go to the historic centre of Fussen, where you can eat in one of the many restaurants of the Reichen Strasse. From there, in the early afternoon, visit the Church of Spitalkirche with its unmistakable rococo façade. A kiss, maybe two, and the world's most romantic tour – a living fairy tale trip – has come to an end. And, as they say, they lived happily ever after.

Secrets and Legends of Baroque Rome