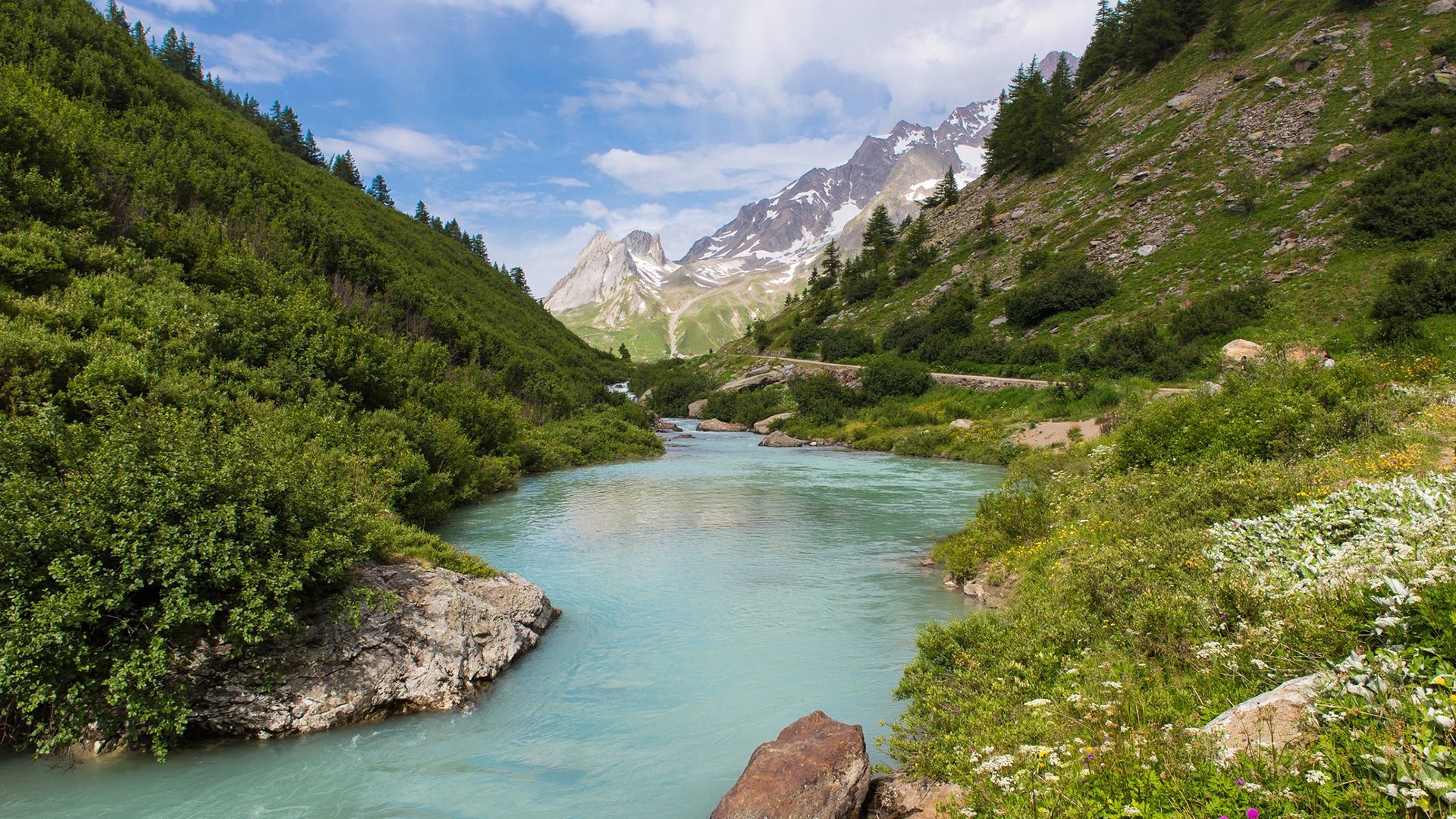 Itinerary: from Aosta to Gressoney, for about 100 kilometres

Equipment: a picnic blanket, sensible shoes and an essential backpack

The Aosta Valley is a winding succession of blue lakes, green areas and spectacular mountain views. But also castles, hidden treasures, churches and ancient theatres are found throughout, all seasoned with culinary specialities. Depart from the capital to soak up history by first parking the Vespa and exploring the historic centre of Aosta, easily visited on foot. Perhaps not everyone knows that this city retains important ruins of ancient Rome. Begin then with the Arch of Augustus to plunge immediately into the atmosphere of ancient Rome, and from there, in five minutes, you will reach Porta Pretoria, the ancient city gate, founded in 25 BC by the name of Augusta Pretoria: this is one of the best preserved Roman Gates in the world. From there, walk to the remains of the Roman Theatre. Of the large structure that hosted up to 4,000 people, only a single 22-metre high façade standing on the mountain landscape remains today. Impossible not to take pictures.

The time should be right for a local speciality break for lunch. Get your energy back at La Bottegaccia in via Sant'Anselmo with a tasting of cured meats and various types of cheese that have all the authentic flavour of the area. Fontina, Reblec, Brossa. Continue your tour in ancient Rome along the walls, stopping in the shops selling local crafts. Then stop at the Ma Ville bed & breakfast in the historic centre, so that you can also enjoy the illuminated monuments in the evening and dinner at one of the traditional restaurants. Ready for polenta? A rhetorical question, of course.

The next day, leave the city just after breakfast – but only after preparing a packed lunch for a picnic in the greenery. In half an hour on your Vespa you will reach the Fenis Castle, a real gem that preserves splendid frescoes inside. Buy tickets for the visit and be guided to explore this charming residence and its furnishings. The kitchen chimney houses one of Europe's largest hoods: with its 18 meters, it could heat up the whole castle. The real surprise will be the perfectly preserved 15th century frescoes of the private chapel and courtyard. After a few photos of the castle, get back on two wheels towards nature. In half an hour, you will reach the Mont Avic Natural Park, where you will spend the rest of the day surrounded by woods, lakes and enchanting landscapes. In order not to get lost, follow the trails with indications, along which you will stop in one of the scenic spots for lunch.

At the end of the day, after you are filled with nature, get back on the road with only one thought: rest and good food. Only fifteen minutes away is Arnad, home of the excellent lardo D.O.P (lard), the only certified one throughout Europe. Seasoned with salt, spices and mountain herbs, it is among the excellences of the territory. And you definitely should not miss it. For the night, stop at the Hotel Armanac, the restaurant where you will be able to satisfy your desire for lardo, served here with black bread, acacia honey and apple fritters. Or have it as a topping for spaghetti with yellow onion, flavoured with local grappa or to complement grilled ham.

On the third day, start with a first stop in Issime, a small town in the Lys Valley surrounded by meadows and forests, perfect for stretching your legs. Do not forget an art stop: The Church of San Giacomo Maggiore is immediately recognized for the large fresco of the Last Judgement which decorates the façade, and treasures continue inside, with the 17th-century altar, in carved and gold wood. After a few days of travel, it will be time to try another Aosta Valley dish: the soup with black bread, cheese and Savoy cabbage. Stop at Agriturismo il Mulino, and while waiting try some local cured meats, including motzetta, a special dried meat of beef, chamois, deer or boar. Do not overdo it though, because after lunch you’ll get on the saddle towards Gressoney St. Jean, a gem at the foot of Monte Rosa.

Riding the Vespa, go straight to the Lake Gover, just outside town; it’s unforgettable with its emerald green waters in which the beautiful landscape with the outline of Monte Rosa is reflected. A walk around the Lake and then off to the historic centre with the typical Walser houses – don’t miss this photo opportunity! The Church of San Giovanni Battista, albeit rebuilt in the 18th century, is worth a visit along with the small cemetery located just next door. Coffee break? Among these alleys you will be spoilt for choice. No snack will be good enough without torcetti, the crumbly drop shaped biscuits, covered with brown sugar.

Recover your Vespa and go towards the Savoy Castle, built by Queen Margaret in the late nineteenth century as a summer resort. The tour will start from the botanical garden that surrounds it, with typical species of the Alpine environment, before continuing into the rooms of the Castle, between wooden decorations and beautiful halls with breath-taking views over the Valley; The Queen wasn’t doing bad at all, in fact. For the night, stay at the Hotel Flora Alpina, where you will end your food & wine tour with an important question: crespelle alla valdostana or venison with cranberries? If in doubt, the suggested answer is "both, thank you."

A journey between the Tamil Nadu temples