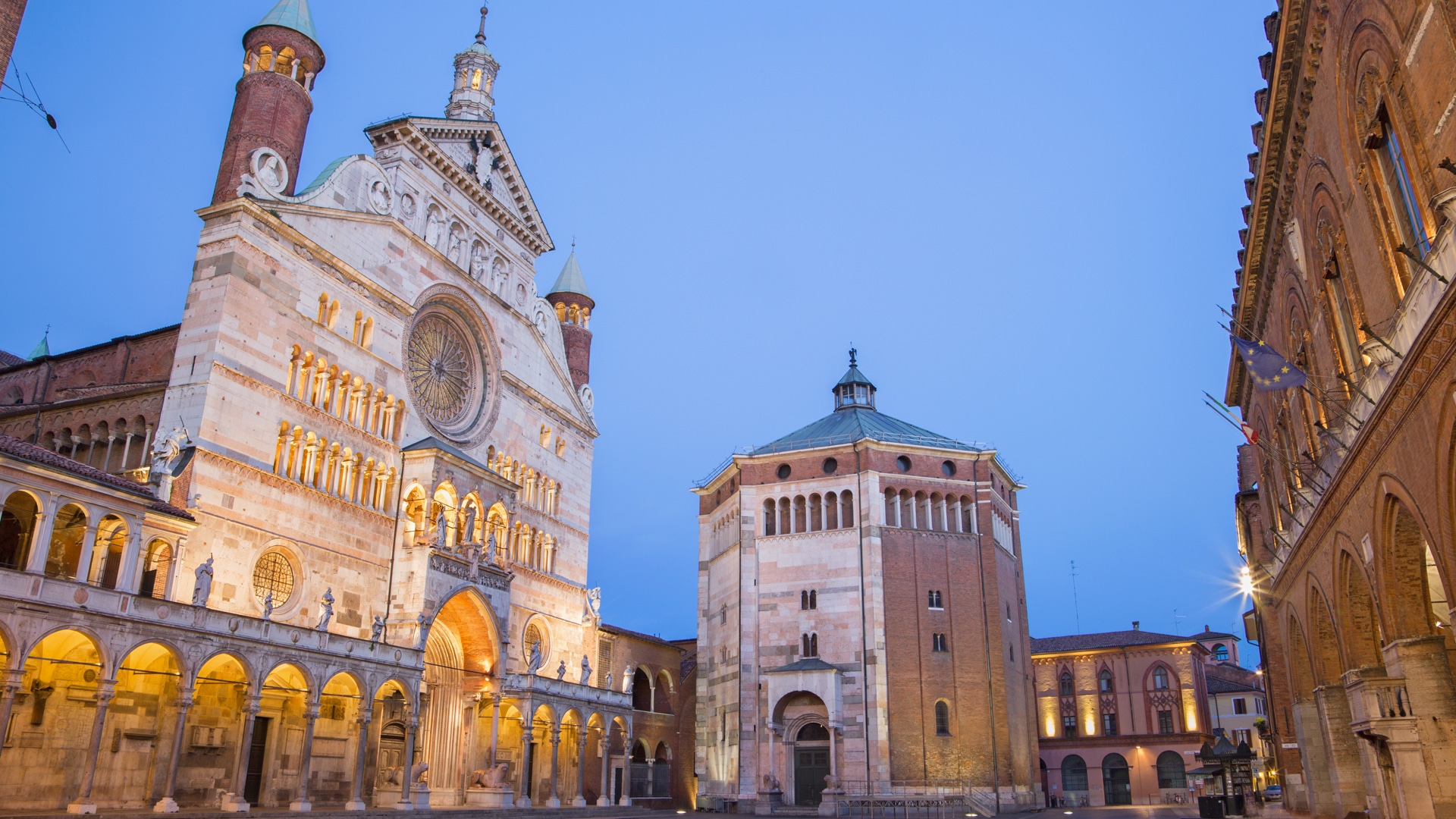 Itinerary: departure from Milan, with stops in Crema, Pizzighettone and Cremona, of course. About 170 kilometres

Equipment: sunglasses and the top case to hold all your gourmet gifts

Music lovers know it well; First it was Antonio Stradivari and Claudio Monteverdi and later Mina who turned Cremona into a music capital, internationally known, mostly for its inestimable tradition linked to violin craftsmanship. But that's not all, because the province of this fascinating city in Lombardy has something for everyone, especially the artists, cinema lovers, history buffs, and gourmets. Wake up especially early, have breakfast and leave Milan on your Vespa. First stop: Crema.

After about fifty kilometres, you will arrive at your destination. Park near the town centre and take a stroll through the arcades and historic architecture that embellish it. Visit the Cathedral, admire the Bell Tower and the perfect Hollywood movie backdrop; this corner of Lombardy has been used as a location for some of the most famous scenes of Call Me by Your Name, the Oscar-winning film starring actors Armie Hammer and Timothée Chalamet. Take a seat at a café and while sipping a drink; imagine sharing the square with Elio, Oliver and their bicycles.

When your stomach brings you back to reality, seek out the local specialties. Head towards Madignano, just a few kilometres away where you can enjoy lunch at Trattoria Da Bassano. Try veal tendons and the cold cuts typical of the area. But save room for the tortelli cremaschi, a very special type of pasta stuffed with amaretti, parmesan cheese, raisins and mostaccini biscuits. End with cotechino accompanied by mashed potatoes and a slice of cake. Have a coffee, a walk in town and get ready to leave.

Continuing towards Cremona, stop in Pizzighettone. This wonderful town situated on the banks of the River Adda is primarily known for two reasons: its historic walls – which, in addition to guarding the impressive Prison Museum, often host open to the public fairs and events – and black-eyed peas. Grown in the territory, the cowpeas and are part of the most famous recipe of the region, black-eyed peas with pork rinds – a dish that Pizzighettone usually celebrates between late October and early November with a dedicated festival. This dish is a must, especially when temperatures begin to drop.

After a short walk and the necessary mid-afternoon coffee, get back on your Vespa and continue your itinerary; in twenty kilometres, you will arrive in Cremona. Leave your backpacks at the Astoria City Hotel, a cosy building in the heart of the city, and get ready for dinner; a table at the Hosteria Ottocento will be waiting for you. You can expect a veritable gem of Cremonese food tradition, set in an ancient mid-19th century Palace. Try the risotto – their speciality – or alternatively the marubini cremonesi, pasta stuffed with with beef, pork and chicken usually served in broth. There’s also pork guanciale with mashed potatoes, onion tarte tatin or nougat crespelle (another typical product of the city) with melted provolone. You will be spoilt for choice, and the beauty of the ancient red room, with its wonderful ceilings, luxurious chandeliers and mirror effects will complete the evening. Before going to sleep, go and see the nearby Piazza della Pace, the heart of the nightlife in Cremona – and stick around for a cocktail if it suits your mood.

The next day, admire the town hall square illuminated by sunlight. In front of the town hall, there is the wonderful Duomo, flanked by the Baptistry and Torrazzo, which is the second tallest bell tower in Italy at 112 metres. The most athletic visitors might want to climb its 502 steps up to admire Cremona and the entire surrounding area from above. Nevertheless, among the historic centre streets, there are many Luthiers’ shops that are definitely worth a visit.  The shop windows display violins, violas and cellos, strictly handcrafted to perfection, according to a tradition that was recognized as a Unesco World Heritage Site in 2012. Most of these workshops can arrange sightseeing tours into the violin making workshops for enthusiasts and curious ones, to be booked in advance – a great way to spend your morning.

Once you have learnt the secrets of violins, you will deserve a nice lunch. Luckily, you will have a table booked at the Osteria La Sosta, one of the symbols of the gastronomic tradition in Cremona. Start with a typical taste of garlic salami, or perhaps a baked snail cocotte with herbs, and continue with Gnocchi Vecchia Cremona, a recipe for stuffed gnocchi inherited from a 17th-century manual. Your second course should be accompanied by mustard, another undisputed star of the menu in this area. A nougat parfait will conclude the meal in the best way possible, before resuming the tour dedicated to music.

Walk towards the city centre until you reach the home of Antonio Stradivari, probably the most famous luthier in history. Take a souvenir photo, and then off to the Violin Museum, an imposing structure inaugurated in 2013 which brings together a collection of some of the most valuable instruments in the world, including some specimens bearing the signature of Giuseppe Guarneri del Gesù, and, of course, Antonio Stradivari. Besides admiring the exhibition, if you are lucky enough you may be able to attend one of the scheduled auditions in the auditorium of the Museum. Later, visit the central Sperlari Store, where you will be able to stock up on nougats, mustards and gourmet souvenirs to take back home. Or, alternatively, at Pasticceria Lanfranchi, you can buy a nougat, a rose cake, or a characteristic Cremona cake made with almonds and apricot jam. Carefully pack everything in the Vespa top case and head towards Milan, happy to have experienced good music, various delicacies and loads of indelible memories.

Secrets and Legends of Baroque Rome