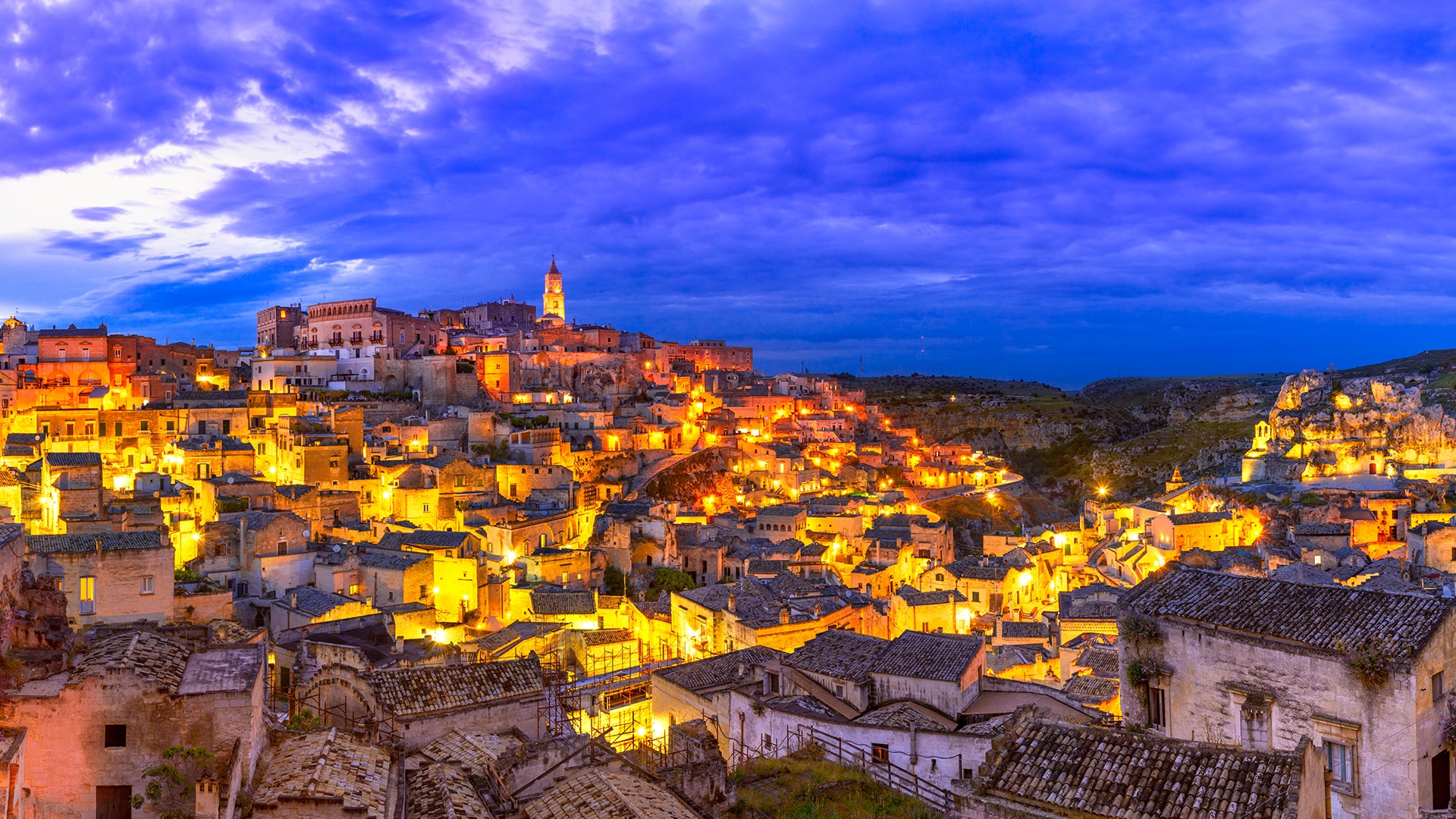 Itinerary: from Maratea to Policoro, passing through Genzano di Lucania and Matera, a total of approximately 300 kilometres.

Equipment: sunglasses and whatever you need for a dip in the two seas that wash the shores of the region.

Whilst perhaps not as famous or well-trodden as the US equivalent, Italy also has (in its own small way) a “coast to coast” route in a beautiful, key region. We’re of course talking about the path that connects the two coasts of Basilicata, the Ionic and the Tyrrhenian, celebrated also in cinema by director Rocco Papaleo’s successful 2010 comedy. And so, partly inspired by the film and partly following the route of culture and good food, we clamber onto our Vespa for an unforgettable weekend to discover the wonders of the Southern Italy.

Our journey departs from Maratea, a charming Lucanian pearl nestled on the shore of the Tyrrhenian sea on the Gulf of Policastro. Here, we enjoy the sun and go in search of the famous Spiaggia Nera. Or, alternatively, we make a flying visit to Palazzo De Lieto, a 7th-century structure that houses an endless exhibition of underwater archaeology, where you can admire the amphoras and remains of the Roman era found on the area’s seabed. In any case, let’s relax, because for lunch a table is waiting at the restaurant Cala del Citro, in 7 Ponti: an elegant haven of taste where you can experience the cuisine of the chef, Dario Amaro, from a sea bass smoked by using sea pine, to sea urchin spaghettone and fried calamari.

But we’ll try not overdo it, because immediately after coffee and a refreshing walk, the longest stretch of our Vespa journey awaits. Let’s turn our engines on and head towards Venosa, our second stop. En route, however, we take a break for refreshments in the town of Brienza to visit Al Forno da Collazzo. Here, we’ll be able to stock up on biscotti, but specifically scaldatelli, the area’s typical taralli flavoured with wild fennel.

A coffee and then off to Venosa, where we’ll arrive in around 70 kilometres. We stop to admire the Castello di Pirro del Balzo, also called Castello Aragonese, built at the end of the 15th century with a wide moat and four cylindrical towers that mark each corner. But let’s not forget the Fontana Angioina and Complesso della Santissima Trinità, with its two churches: one ancient from the Paleochristian era, and one new, left unfinished in the 11th century and never completed.

We then continue to the nearby Genzano di Lucania, where we’ll spend the night. Here awaits the famous Fontana Cavallina, among the most impressive fountains in all of Italy. To be precise, it is a structure built in the second half of the 19th century as part of a project by the architect Giuseppe Locuratolo. Its amphitheatre shape surrounds a neoclassical monument with a large circular pool, and was reproduced in a historical postage stamp from 1978. But the time for dinner is approaching, and thus we hunt for a table at Locanda dei Greci to taste the most authentic Lucanian tradition, such as peperoni cruschi and pancotto with broccoli, from a menu that changes daily according to the owner’s whims.

Our second day of coast to coast sees us leave early in the morning, bound for Matera on our Vespa. The 2019 European Capital of Culture knows how to amaze, not only with its famous Sassi, recognised in 1993 as a UNESCO World Heritage Site, but also with its more than ample cultural offerings of exhibitions, collections and architectural treasures big and small, such as the Apulian-Romanesque Cattedrale della Madonna della Bruna e di Sant’Eustacchio, or the Santuario della Madonna della Palomba, situated in the Murgia, almost overlooking the Gravina di Matera river. We spend the morning exploring the beauties of this city, and then head towards the restaurant Le Baccanti. Here, you can eat directly in caves carved into the rock, tasting a flan di caciocavallo podolico con salsiccia, fave e cicoria, tagliolini with white lamb ragù and baccalà.

But our goal remains: to reach the Ionic coast by evening. So we head to Bernalda to admire the Castello there and the luxurious apartments in the centre of town - and maybe take a sweet break at Pasticceria del Corso consisting of scorzette lucane, small almond-pastry biscuits covered in chocolate. And then we set off determinedly towards Policoro, the last stop on our tour: we say hello to the sea, indulge in a dip at sunset, then head to the restaurant Degustàbono for a dinner of incredibly fresh fish. Scampi, oysters and an excellent tuna will provide the perfect conclusion to our “Basilicata coast to coast”.